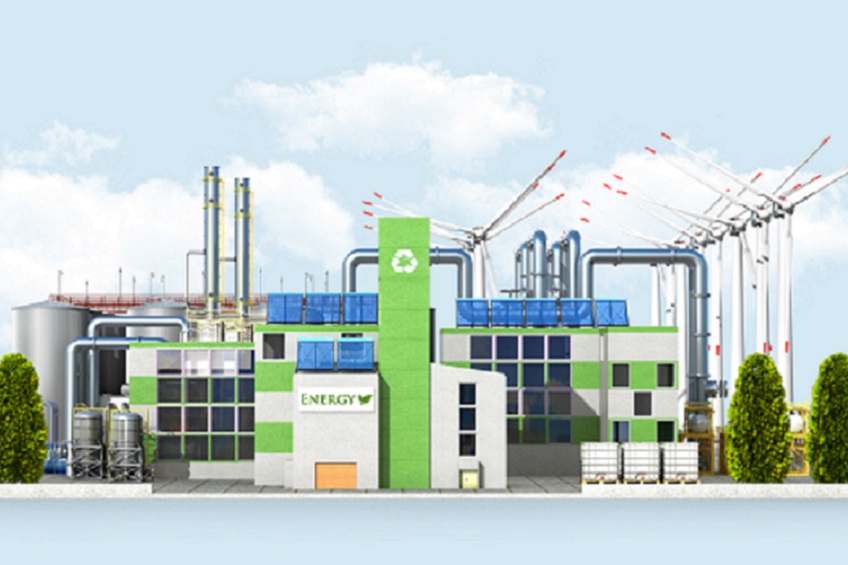 Berlin, November 19, 2019 – At their autumn WGP meeting in Berlin last week, Germany’s leading production technology professors adopted a comprehensive agenda to advance sustainable production in Germany. “There is agreement among the members that the topics of sustainability and climate protection are among the central future tasks of society and thus also of the manufacturing industry,” emphasized WGP President Prof. Berend Denkena, Director of the Institute of Manufacturing Engineering and Machine Tools (IFW) at Leibniz University of Hanover. “We have therefore taken the first steps to develop an objective guideline for action for the local industry. It should lead away from the contradictory study results and often emotional discussions. The WGP hopes that this will also convince politicians that not only environmentally friendly production is possible, but that it also represents a great opportunity for Germany as a business location.

At the spring meeting in May of this year, the WGP professors announced a concept that will allow an objective assessment of the current state of knowledge regarding climate change and environmental protection. However, the data collection and analysis of available sources has shown that contradictory conclusions are drawn on one and the same issue – depending on the horizon chosen. For example, the promotion of electromobility is no longer exclusively desirable if lithium-ion batteries or the environmentally harmful mining of lithium in South America or Africa are included in the analysis. “We will now use the sources available to us to first define observation horizons for industry. Based on the current state of knowledge, we will then develop metrics that will show companies the scope for action they can take to convert their production to resource-conserving, environmentally friendly processes,” summarizes Prof. Wolfram Volk, head of the WGP Scientific Committee and initiator of the Working Group on Environmentally Sound Production. “In doing so, we go beyond the too narrowly defined limits of climate protection and include the environment and its protection. In this way, we will objectify the often emotional and controversial public debate about the role of industry in climate protection and CO2 emissions.

In doing so, the WGP refers to those tasks that lie within its sphere of influence: “The requirement for us will be, for example, to bring alternatives to conventional lithium-ion batteries into mass production, i.e. to offer the production facilities for this purpose”. The basic idea behind all this is to move from a value stream to a resource stream thinking. “Surely it makes sense to process the raw materials on site. This could be achieved, for example, by bringing together industries that previously worked independently of each other, such as chemicals and biotechnology. We simply have to create new ways by broadening our thinking. In the case of waste, for example, that could be recycling.”

The scientists are also pushing ahead with the decision taken at the spring conference to integrate environmentally relevant topics into the curriculum. Thus, they agreed not to create completely new lectures, but rather modules of five to 15 minutes in length that are easier to integrate into existing systems. First topics were defined and videos of individual professors were made available until the next spring conference in May 2020. “We will not only play the teaching content through the classic channels, i.e. in our lectures, on our homepage or in our newsletter,” Volk concretizes, “but will also use YouTube and Instagram to reach as many young people as possible.

Beyond their direct target group of students, the WGP members also want to address all other groups in society: starting with schoolchildren, trainees, employees in companies and vocational school teachers. “We want to reach out to the whole of society,” says Volk.

A separate working group is working to advance the practical implementation of environmentally friendly production technologies. To this end, collaborative projects are initiated and coordinated that provide concrete innovative solutions for environmentally friendly production. The topics envisaged range from material efficiency in material flows, dismantling/remanufacturing and digital support to proposals to politicians.

“The idea of resources must come first,” demands Volk. “But in all this, we have set ourselves the goal of demonstrating the opportunities offered by the sustainability and environmental discussions for production technology, also in terms of new business models. Because ecology and economy are no longer automatically mutually exclusive. And we will only achieve our goal if companies succeed in making a profit with environmentally compatible processes. Here the WGP sees itself as a think tank, which shows how, by means of economic efficiency as a driving force environmentally friendly production is possible with long-term competitiveness. In concrete terms: If resources become more expensive or if image-enhancing measures are on the company’s agenda, the WGP will use its guideline for action – the WGP position paper – to show ways to convert production. The publication should also provide more clarity for the political discussion.

“I am optimistic that we can make the step towards environmentally friendly production,” emphasizes Denkena. “A look at the younger generation alone shows how great the awareness and commitment is in this regard – especially among young entrepreneurs. The start-up scene shows this just as much as the Entrepreneurs for Future movement. And with Production for Future, so to speak, we will create a basis for this.”

Picture 2: Prof. Berend Denkena, President of the WGP and Director of the Institute of Manufacturing Technology and Machine Tools (IFW) of the Leibniz University of Hannover, source: IFW Hanover