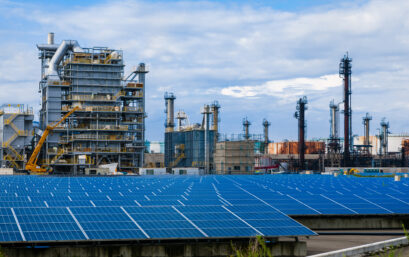 Hanover, 24 October 2019 – Addressing climate change is the declared goal of the German government and the industry. “At the German Mechanical Engineering Summit in Berlin last week, Mrs. Merkel stressed the importance of new technologies in the fight against climate change. We fully agree and point out that we have already developed numerous […]

Hamburg, 07 October 2019 – The WGP, the association of leading production technology professors in Germany, has shown new ways for a more environmentally friendly industry at its annual congress. “We want local production that conserves energy and resources,” emphasized Prof. Jens Wulfsberg, Head of the Laboratory of Manufacturing Engineering (LaFT) at Helmut Schmidt University […]

Looking outside the box for more efficient production 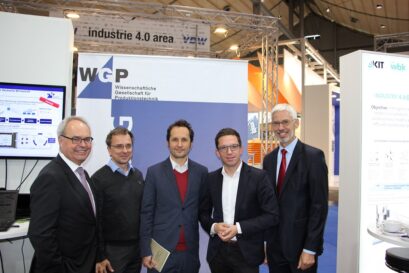 Hanover, 19 September 2019 – Representatives of the Artificial Intelligence Enquête Commission of the German parliament (Bundestag) yesterday received the new actionguideline “AI in production – developing artificial intelligence for companies” of the WGP. Last Friday, the association of leading German professors of production technology officially presented the position paper to the Federal Ministry of […]

Ever faster, ever bigger, ever more accurate – WGP Annual Congress „Production at the limits – keeping ahead, securing the future“: Production research is constantly pushing the limits of what is feasible. The “Production at the Border” congress will show production processes that have penetrated areas that until recently were considered impossible, also in terms of methodology, use of resources and interdisciplinarity. But where does the search for new borders lead? […] 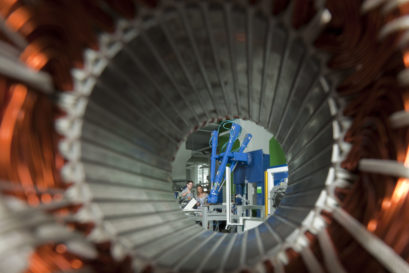 Hanover, 11 February 2019 – The WGP (Wissenschaftliche Gesellschaft für Produktionstechnik) supports manufacturing companies in bringing their employees up to date with the latest production technology. The 2019 seminar series starts in March. “For almost four years, we have been offering training courses for specialists and managers because we want to expand the bottleneck of knowledge transfer,” explains Prof. Berend Denkena, President of the […]