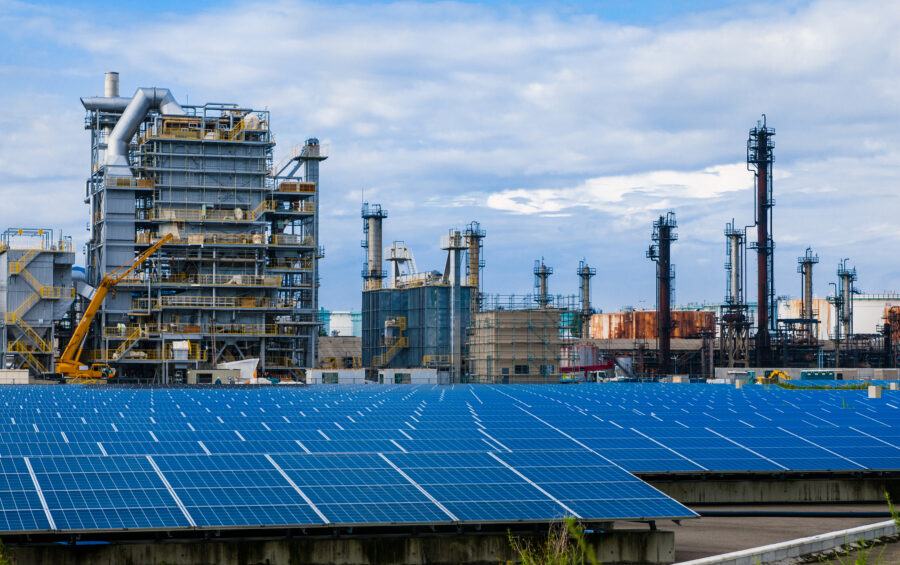 Hanover, 24 October 2019 – Addressing climate change is the declared goal of the German government and the industry. “At the German Mechanical Engineering Summit in Berlin last week, Mrs. Merkel stressed the importance of new technologies in the fight against climate change. We fully agree and point out that we have already developed numerous solutions in research and are working on further ones,” emphasizes Prof. Berend Denkena, President of the WGP and Head of the Institute of Manufacturing Technology and Machine Tools (IFW) at Leibniz University Hannover. “However, in order to switch to renewable energies and more environmentally friendly production, we also need legal requirements for the rapid transfer of new technologies to companies. Only then can we achieve the 2-degree climate target. In addition, the innovations could become a great market opportunity for our medium-sized companies.”

The WGP, the association of leading professors of production technology in Germany, has been researching energy- and resource-efficient technologies and production processes for a long time. At the beginning of October several professors at the WGP Annual Congress have shown completely new ways for a more environmentally friendly industry. But even without completely new production approaches, such as moving away from construction-oriented production design and towards rule-compliant production design, in which the design is determined solely by algorithms. Even with the idea of returning to simple “elementary machines” that could be used like a hardware app in the future, the WGP already shows new ways in which industry can make a significant contribution to the climate goal.

By 2050 at the latest, 80 percent of Germany’s electricity requirements are to be met from renewable energy sources. To achieve this, numerous WGP institutes are conducting research in various projects. A total of six WGP institutes are involved in the nationwide Kopernikus project SynErgie with around 100 partners. Launched in 2016, the project aims to prepare the energy-intensive industry in particular for renewable energies in line with legal and social aspects within ten years and at the same time to save significant amounts of energy. “If we synchronize industry’s energy requirements with the fluctuating supply of renewable energies, as we know, drastic savings and increases in efficiency are possible – while CO2 emissions fall,” emphasizes Prof. Eberhard Abele, who initiated the project and headed it for the first three years. Abele is a member of the WGP Presidential Committee and heads the Institute for Production Management, Technology and Machine Tools (PTW) at Darmstadt Technical University.

In the ETA factory, a model factory for energy efficiency at the TU Darmstadt, production, supply technology and building structure are also viewed holistically, enabling energy savings of more than 40 percent to be achieved. One Bavarian project is Green Factory Bavaria, a research association whose goal was to optimize the consumption of resources by companies. Last but not least, WGP researchers are working on optimising electricity grids, be it direct current applications (DC industry) or optimised medium-voltage grids (HYBKomp). WindNODE turns the electrical energy system of the entire north-east of Germany into a kind of real laboratory. Solutions for an intelligent energy system are researched, applied, tested and made known in demonstrators.

“According to the Global Climate Action Summit, 34 percent of CO2 emissions come from industry. With the projects listed here as examples, the WGP shows, among other things, significant steps towards a switch to renewable energies as well as a timely energy turnaround. Science has already laid a foundation, not only to meet the 2-degree climate target. Germany can also become a leading international supplier of flexible industrial processes and production technologies that can feed on renewable energies. Politicians must create the legal prerequisites for the knowledge to be integrated into the economy as quickly as possible,” warns Denkena.

The transport sector has so far saved very little CO2 emissions. However, it is precisely in this area that intensive research is also being conducted within the WGP. The e.GO Life electric vehicle is particularly well known and has already reached market maturity. Comprehensive mobility concepts for the city of tomorrow are also being developed. In the Drive Train 2025 project, for example, scientists are researching approaches to make vehicle drive trains more efficient through new technologies, both in the production and in the use phase. “This will enable us to reduce energy consumption in the production of both conventional and electric motors by 20 percent and CO2 emissions during use by 7 percent,” says Denkena. Bavarian WGP researchers are also working on innovative drive concepts and associated production technologies in the E/Drive Center project.

Last but not least, the building sector and building management offer enormous potential for CO2 savings. In this area, WGP institutes are researching the E/Home project with the support of the Free State of Bavaria. Here, sustainable technologies and methods for resource-saving and intelligent living are developed, taking into account economic, ecological and social requirements. In other words, the researchers are focusing on the concrete needs of society, not on the high-tech single-family home that hardly any citizen can afford. Potential users are involved in developments as early as possible and can test the smart home in their everyday lives.

The researchers in the ReLIFE project, for example, want to extend the life cycles of capital goods by developing an “adaptive maintenance strategy”. With the help of sensor evaluations, preventive remanufacturing measures are proposed which are adapted to the respective situation in terms of time and content and which increase the performance of the capital goods. The recently launched AgipRobot project, on the other hand, is dedicated to the remanufacturing of electric motors. Old parts are regained from the market with the help of autonomously working, mobile robots. The developed solutions will be on display in a demonstrator factory at the Karlsruhe Institute of Technology (KIT) until 2023.

The industry can derive successful business models from new technologies, such as remanufacturing, in which machine manufacturers develop into service providers. However, this can only work sustainably if sufficient resources are available in the long term and in sufficient quantities – and if they can be made available in an affordable and environmentally friendly manner. The new think tank Industrial Resource Strategies in Baden-Württemberg, in which WGP is involved on the scientific side, will strategically classify new technologies through resource economic considerations in order to develop sustainable business models at an early stage. For example, the think tank will point out in good time if a new technology is not accepted by society or if there is a danger that its use will be banned. A unique feature of the think tank is that it is jointly supported by industry, politics and research.

New, environmentally friendly and accepted technologies must be intensively promoted. “Time is running out. And we must take everyone with us – not only in Germany,” says Denkena. “Although local emissions account for only 2 percent of global emissions, they are not the only cause of the global warming. But if we set a good example and export our technologies to the world, we can not only secure our location but also make a significant contribution to global climate protection.