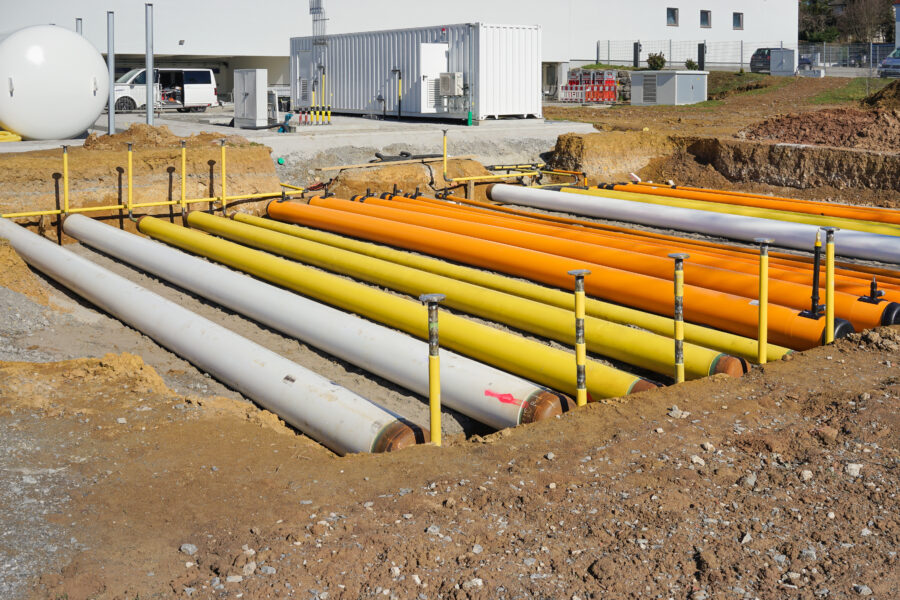 Aachen, August 30, 2021 – Hydrogen plays a central role in the energy transition. To drive production forward, Peter Altmaier presented his National Hydrogen Strategy just over a year ago. Now, on August 26, 2021, the kickoff event for the largest implementation initiative to date, with 700 million euros, took place in Frankfurt/Main. It comprises the three flagship projects H2Giga, H2Mare and TransHyDE. “We urgently need large electrolysers that can be used flexibly to produce hydrogen,” cautions Prof. Bernd Kuhlenkötter, head of the Chair of Production Systems (LPS) at Ruhr University Bochum, who is playing a key role in H2Giga. “Without this technology, the production of green hydrogen and thus the energy transition is not feasible.”

The demand for hydrogen is gigantic. The government now expects several hundred million tons per year. The goal of the national initiative is to build up electrolysis capacities of no less than five gigawatts for Germany by 2030. This capacity would correspond to around 876,000 metric tons of green hydrogen per year. Although capacities currently stand at just under 8 million metric tons of hydrogen, it has so far been produced almost exclusively from natural gas, which is harmful to the climate. The scientists now want to change that. “We want to make electrolysers ready for the assembly line and also develop assembly line manufacturing for electrolyzer production on an industrial scale,” summarizes Kuhlenkötter, who heads the FertiRob subproject. To this end, the LPS is working together with the Institute of Production Engineering (wbk) at the Karlsruhe Institute of Technology (KIT) and 14 other partners from industry, including companies such as Bosch and ABB.

More precisely, the researchers are concerned with automating the production of stacks and electrolyzers, drastically increasing their capacities, and complying with quality requirements in the process. The production of stacks, the core component of electrolyzers in which the actual splitting takes place, is currently a purely manual process and thus very costly, and manufacturing capacities are limited. “We therefore also need automation solutions for the manufacture and assembly of smaller electrolyzers that are later assembled into larger electrolyzer plants,” Kuhlenkötter reports. “This step is necessary if we don’t want value creation to migrate to the East, where labor is cheaply available, as has already happened with solar energy. The danger is real, because China, for example, is currently investing vast sums in hydrogen technologies.”

The WGP researchers from Bochum and Karlsruhe are approaching the matter with an open-minded approach to technology, meaning they want to look at PEM technology (proton-conducting membrane electrolysis) as well as alkaline (AEL) and high-temperature electrolysis (HTEL). “Each of the three types is particularly suited to specific applications,” Kuhlenkötter said. “HTEL – as the name suggests – has its areas of application wherever high temperatures prevail, such as in the steel industry. The advantage of PEM electrolysers, on the other hand, lies in their dynamics; they can be switched on and off again and again and are used primarily where volatile energy provision is required.” For example, in an electricity grid fed by an ever-increasing share of renewable energy sources such as wind power and solar energy. Instead of turning off wind turbines on windy days to avoid overloading the power grid, the excess energy can be sent to hydrogen production. “In this way, power peaks in the German power grid, especially at the locations of wind and solar power plants, can be usefully smoothed out. Unfortunately, though, PEM electrolysers are very expensive.”

However, the researchers’ focus is not solely on assembly, automation and easier handling. Quality assurance also plays a central role in everything. “In order to make electrolyzer production more economical, it is essential to develop quality assurance strategies so that the outcome of the production process is already possible by assessing intermediate products,” specifies Prof. Gisela Lanza from the wbk at the Karlsruhe Institute of Technology (KIT). “Our goal is therefore to identify critical process and product parameters to ensure the quality of electrolysers without losing time and money with immature production processes.”

As part of FertiRob, digital twins of the stacks and plants as well as virtual commissioning (VIBN) will be established in the coming years. With the help of the digital images, processes will then be optimized before real implementation, thus preventing defective products in advance.

Thinking about flexible assembly and recycling

In addition to FertiRob, the LPS is also working on the HyPLANT100 project. The aim here is to explore how smaller electrolysers, for example on the scale of a computer, can be assembled in a modular and efficient way to form larger electrolysis plants. They are to be flexibly tailored to the respective industry. An electrolyzer for a refinery has to meet different requirements than a plant for the fertilizer industry, which wants to produce ammonia with hydrogen instead of natural gas.

In addition to planning and production, WGP researchers are also involved in recycling and the sustainable use of resources as part of ReNaRe. This subproject is about recycling electrolyzers and materials. “We are researching automated mechanical processes for dismantling electrolysers. In this way, resources will be used optimally in the future and materials will be reusable,” describes Prof. Jürgen Fleischer, also at the wbk in Karlsruhe. Depending on the technology, very different materials can be recycled, including special steels, nickel, metals such as iridium and platinum, or rare earths such as yttrium. “This is also an important cost factor. After all, a gram of iridium, for example, costs about 150 euros today, and annual extraction rates are very low.”