Paths to a crisis-proof industry 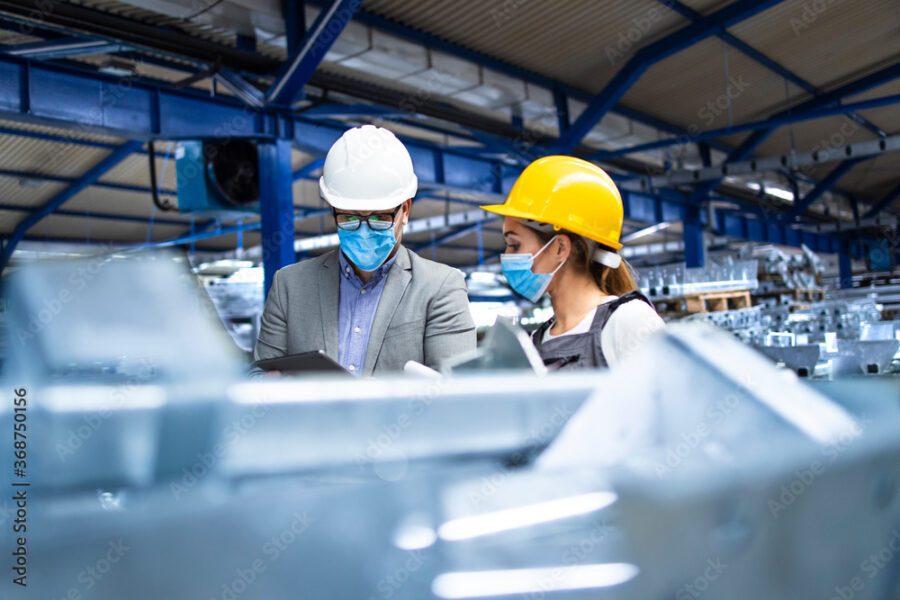 Aachen, May 10, 2021 – The term resilience has been on everyone’s lips at least since the COVID 19 pandemic – especially with regard to the future design of industry. “If we want to arm our companies for future crises, we have to rethink previously common impact and explanation models for processes within the machine, the factory, but also entire supply chains,” warns Prof. Robert Schmitt, member of the board of directors of the WZL machine tool laboratory at RWTH Aachen University on the occasion of the spring conference of the WGP (Scientific Society for Production Engineering) on May 5 and 6, 2021. And we have to find ways to leverage the potential of our technological expertise.” On the subject of resilience, the Fraunhofer institutes in the “Production” alliance have already taken major steps with ReSyst. “This is where the WGP comes in and will present concrete frameworks for action that will enable small and medium-sized enterprises in particular to better deal with crises and survive in a volatile international market,” Schmitt, who is also spokesman for the WGP working group on resilience, is certain. “We plan to publish it by the end of this year.”

Disruptive events such as the pandemic will occur more frequently in the future, whether due to scarce raw materials, climate crises or trade wars. This makes it all the more important to focus on resilient production. But what does resilient production actually mean? asked the WGP professors at the spring conference, which was once again held online.

It’s all about the black swan

“We cannot call for more resilient production in the future without defining what exactly is meant by it,” Schmitt explained. “Resilience is not a ‘nicer’ term for flexibility or robustness. It includes those, but it is more than that.” The term is not used consistently even within engineering. At the meeting, WGP professors therefore defined the term as the ability of a (production) system to maintain value-added and economic operability in the face of disruptions, or at least to quickly ramp back up to a minimum after a disruption. “It is, in short, dealing with what Nassim Taleb calls a ‘black swan,’ i.e., rare and unforeseen, seemingly surprising events. They should have little to no effect on a resilient company,” is how Schmitt paraphrases it. However, it is not enough to restore the functionality of the system. The latter must also be adapted to the changed environment. “The question arises as to where we define the limits of the system. For example, are we looking at a machine, a process chain or the entire in-house production? Will the entire supply chain and potential networks also be included?”

It won’t work without further digitization

The new theoretical approaches must, of course, also be implemented technologically. Here, WGP has been working on various solution approaches for many years. Digitized production planning and control is one of them, and the biological transformation of manufacturing technologies is another. In the latter, for example, systems learn self-organization, as is natural in nature, in order to deal with the “plasticity of life.” In terms of production, this would mean smoothly switching between smaller and larger batch sizes, depending on external circumstances, or using resources as needed and minimally. Successful companies are already demonstrating how energy can be flexibly procured or distributed with regard to a production line or an entire factory.

However, none of this will be possible without leveraging the potential of artificial intelligence and learning systems. “With the help of digital twins that cast their digital shadows in relation to applications, we will manage to establish more, different and better prevention strategies. We want to use the digital shadows to predict events by playing them out in the digital world and figure out how to control them in reality.”

Independence from external influences is also achieved by those who not only expand their production knowledge by using suitable process data, but also decentralize it beyond that. “We need cross-divisional and cross-company structures with high data availability in the emerging data rooms,” warns Schmitt. “Collaboration will enjoy a much higher priority in the future.”

The decisive factor remains the human being

Digital shadows, artificial intelligence or trustworthy data infrastructures are prerequisites, but not the sole guarantors for production that adapts to external conditions. “The all-connecting factor is and remains the human being,” states the Aachen-based production engineer. “Employees must be qualified to the extent that they can react competently to sudden changes. This means, for example, that they must not only be able to do their job at the machine, but also participate in making the ‘industry’ system safer. This, in turn, means they need support for higher-level action that goes beyond the operational, local activities of their daily routine. For example, irregularities in individual processes can be detected earlier if employees feel responsible for upstream and downstream process steps.” For companies or organizations, this equates to flatter hierarchies. The human at the machine will take on more responsibility for decisions, and managers will increasingly work as coaches. “That’s why our publication will not only focus on the technological basics, but also on cause-and-effect relationships and the idea of networks,” says Schmitt. “We will highlight strategies that will keep them viable even in the face of events like the current pandemic.”