Producing with up to 45 percent less energy 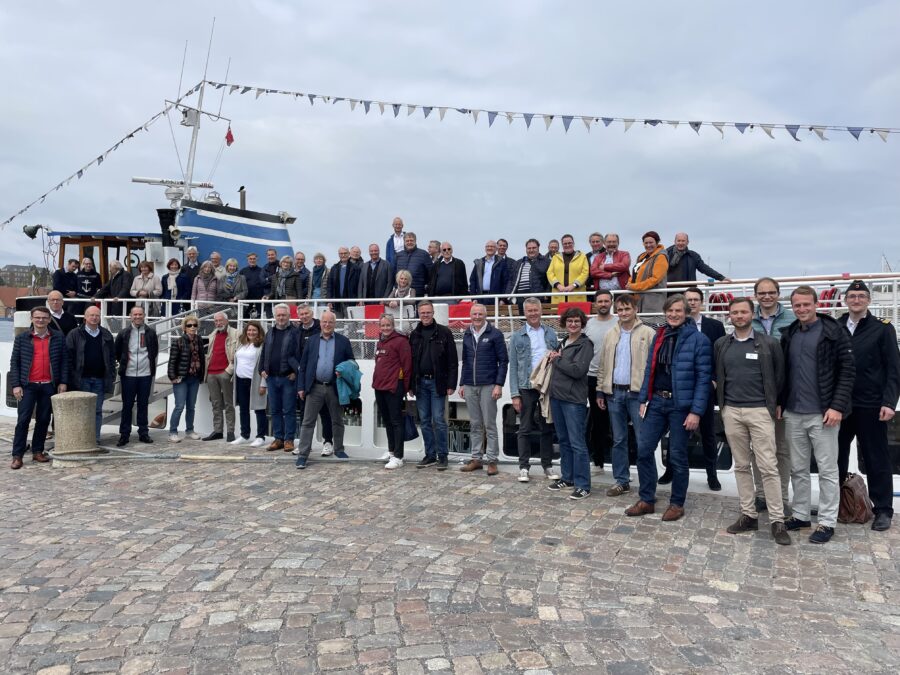 Hamburg, July 19, 2022 – The WGP efficiency initiative was launched in June of this year. Since then, the LinkedIn channel has been filling up twice a week with more and more concrete examples that have successfully saved energy. The numbers are impressive: 45 percent savings in production are possible. This is demonstrated by the ETA demo factory at Darmstadt Technical University. The measures that are taking effect there have already been implemented by several companies, including Trumpf. Another example shows that optimized control of ventilation systems in drying rooms can save a good 35 percent of energy. And minimum quantity lubrication can reduce the power required by 28 percent. These are just three of many measures and technologies that WGP institutes show companies on their LinkedIn channel. “There are already solutions for very many processes, even energy-intensive ones, that help save energy significantly. The problem is that they are not sufficiently known – or it has not been deemed necessary to introduce them until now. This is likely to change with the energy crisis,” states Prof. Jens P. Wulfsberg, President of the WGP (Scientific Society for Production Technology).

“The dramatically changed political, economic and ecological situation forces us to make the evolution towards environmentally compatible and crisis-proof production a revolution. Our initiative shows ways in which we can free ourselves from dependence on fossil fuels in the short term and prevent social upheaval,” warns Wulfsberg, who also heads the Manufacturing Technology Laboratory (LaFT) at the University of the Federal Armed Forces in Hamburg. “This is our contribution to overcoming the extraordinary crisis we are all facing,” adds Prof. Wolfram Volk, spokesman for the WGP’s Science Committee. “We cannot and will not simply carry on as before.”

Companies have already cut back or even stopped production due to the drastic rise in energy prices. Anyone who is overburdened by gas and oil prices – or who wants to do something on principle to counter dependence on politically difficult countries – will find very practical support from the renowned 42 university and Fraunhofer institutes of the WGP. The association of Germany’s 70 leading professors of production technology has been working for many years on innovative technologies that make local production more efficient, resilient and sustainable. The fruits of this work, with their concrete savings potential, are now being presented in bundled form. Interested companies can research the packages of measures, and WGP employees will adapt them to the respective conditions in a specific company on request – free of charge and on site if necessary.

Every euro invested would come back twice

The WGP president adds: “We have a powerful lever that has not been used enough with regard to previous climate protection measures: saving energy by means of energy efficiency. Not only do they reduce the transfer of money to problem economies. In it, there is also the opportunity to create value in Germany,” Wulfsberg knows. “We are certain that policymakers will have to take up this issue even more strongly when the plethora of existing measures becomes clear. You only have to extrapolate how much faster we could fill our gas storage facilities and how quickly we would become an international role model. If nothing else, the consistent implementation of efficiency measures is a huge opportunity for our country.”

Every euro invested would thus come back twice. “The €5 billion aid program for energy-intensive industry could also be put into implementing savings measures across the board. Then energy prices would not even affect manufacturing companies to the extent they do now. And at the same time, after cars, we would have created a new export hit for our industry. The question is not whether we can do it. The question is whether we really want to create it. And that question is as much for entrepreneurs as it is for politicians.”

Image 3: Prof. Wolfram Volk, Spokesman of the WGP Scientific Committee and Head of the Department of Forming Technology and Foundry Engineering (utg) at the Technical University of Munich, Source: utg Munich