Resilient production after the Corona crisis 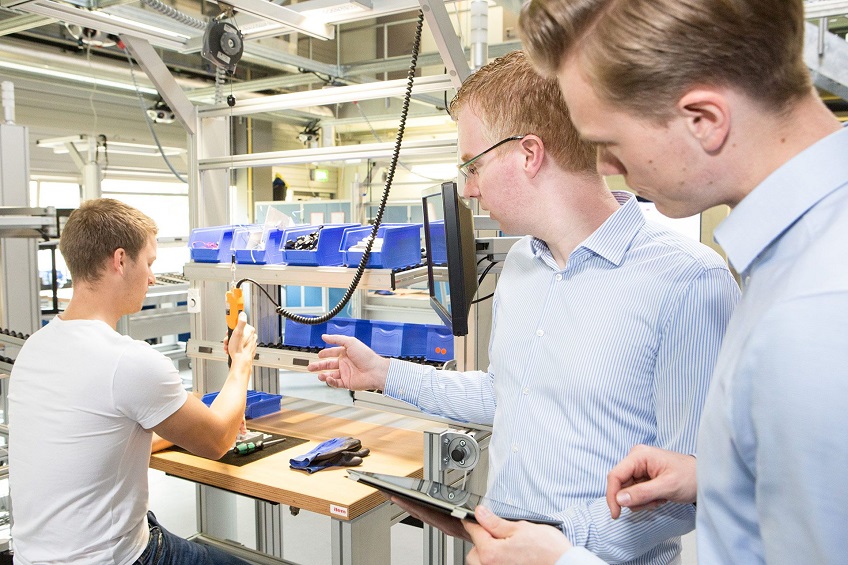 Aachen, May 05, 2020 – Many companies are currently reducing their production or even stopping it completely. But recently, it is no longer just the conversion to corona crisis times that has been a topic of discussion, reports Dr. Tobias Heinen, co-founder and managing director of Grean GmbH, a spin-off of the Institute for Factory Systems and Logistics at Leibniz University Hanover (IFA). “Entrepreneurs are now increasingly concerned with the question of how they can ramp up production again.” This is likely to be much more difficult than shutting down. “Since most companies have designed their network to be as cost-effective as possible and have therefore hardly stored any stock, the value chains react extremely quickly to disruptions,” warns Prof. Peter Nyhuis, member of the WGP Presidium and head of the IFA Hanover. “Many production steps were also outsourced, making dependencies even more complex. As a result, manufacturing companies must now rethink their value chains and transfer them to less cost- and more performance-oriented production planning and control”.

The industry is still in the middle of a crisis, but a return to normality is imminent. After talks with many companies, Heinen believes that the majority of them are expecting a ramp-up in around nine months. Then, however, many things should not be the same as they were before the Corona crisis. Nyhuis concretizes that up to now, medium-sized companies have had a fairly stable environment. The product portfolio, supplier and customer structure have essentially remained unchanged despite market changes. This time it is different. “The situation for companies has changed completely, markets and customers have broken away. Therefore, companies must now urgently use the time to make their production more resistant to future crises.” Resilience here describes the ability to remain efficient despite extreme external shocks like the Corona crisis. This applies not only to demand, but also to the supply side, for example when supply chains collapse.

For example, Heinen advises companies to check their inventories. “Inventories are money tied up, but they can possibly be used to reduce costs.” However, care must be taken not to endanger their own ability to deliver. “Inventories should reflect a balance between logistic sense and economic viability.”

Companies get into the conversation

Many companies have not yet used up their stocks of components and the supply chains have not been interrupted. “But it’s only a matter of weeks before that happens,” Heinen is certain. The positive thing about the crisis: entrepreneurs are currently opening up to discussions among themselves. “We have made the experience that companies are becoming more dynamic on an ad hoc basis and, for example, talk to each other in a very open manner. A few weeks ago, I did not experience it like that.” The production optimizer moderates discussion groups of companies and summarizes the results in blogs. For example, tips on current problems are exchanged. A classic: How do you manage to keep logistical targets such as a high level of adherence to delivery dates or a short throughput time for individual orders stable or even improve them despite limited capacities through short-time work?

Exchanging and learning from each other, for example through best practice examples, is important in times of crisis like these, but talking alone is not enough. Manufacturing companies are currently having to reassess their supply chains and logistics structures. “It is enormously important to create a balance between economical and resilient, i.e. safe production,” Nyhuis knows, “but many people are not aware of how to assess the risks.

In order to reassess the resilience of value chains, companies must first ask themselves questions such as: What do we want to produce in our own company, what do we order from partners? Which components should we have in stock despite higher inventory costs, so that we can react relatively quickly in a crisis? Can certain production steps be brought back into our own company?

Heinen is also justified in asking whether companies should increasingly look for suppliers in the common legal area of the EU, for example. “There can certainly be complications if the legal force is limited and, in case of doubt, business is approached with different mentalities. Last but not least, local proximity can also be important in order to visit the supplier at short notice if necessary. “The decision to organize processes primarily in a cost-oriented manner must be reversed, at least in part, in order to get through crises unscathed in the future.”

The changeover to a more resilient, sustainable production with its new structures should also be reflected in the company’s production planning and control (PPC). “PPC can be an important lever for building safer processes,” says Nyhuis, “and there is a lot of software available. It is very powerful, but it is also very complex and there were uncertainties about how to use it even before the crisis. This became even worse with the Corona crisis.”

These uncertainties were revealed by a recently published WGP study, which together with the Fraunhofer Institute for Foundry, Composite and Processing Technology (IGCV) in Augsburg, Germany, examined current developments in PPS at companies in various industries. “There is very great potential in PPS for the competitiveness and future viability of medium-sized companies. Therefore it is all the more important to obtain external expertise in case of doubt”, Nyhuis emphasizes.

Especially since the end of the corona crisis has certainly not yet been reached. There are already warnings of the next crisis, be it due to climate change or uncertainties in the financial system.

The production planners are therefore unanimous in their assessment of the current situation: “We are currently going through a valley of tears. It is a bittersweet situation in that now is the time to catch up on homework that was left behind during the boom phase,” says Heinen, for example. And Nyhuis warns: “Sustainable restructuring and agilization is the order of the day.”